Millionaires and entrepreneurs who have built their own fortunes make wise use of their money. Know your financial habits …

Much has been said about entrepreneurs and people who have built their own fortunes. Some have quite peculiar habits to be more productive. Others work an impressive number of hours a week and there are those who follow their sleeping routines religiously. However, financial habits – those you practice to take care of your money – also play a role in your success. Here are some of them. 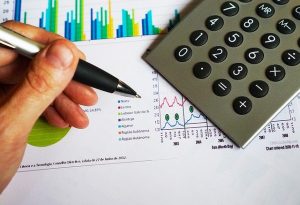 It is one of the basic habits for a business to succeed. But beyond that, good networking offers contacts that later could even become investors. It is an act of great importance for those who are starting to create their businesses, or who are taking the first steps in the market.

They Have Multiple Sources Of Income

To be financially successful you need to have multiple sources of income, rather than settling for just one. In this way, they make more money, but they also have a way to support themselves in the event of a drop in income or in a specific market area.

They Have An Established Monthly Budget

Successful businesspeople tend to stay ahead of events. This implies knowing in advance how much income they expect at the end of each month, and what portion of it should remain in the bank. In this way, they avoid unnecessary expenses and can reach financial goals more quickly.

They are people who prefer to invest in quality objects over quantity. They also pay great attention to the need to buy something specific. This many times implies putting aside the purchase of new electronic devices, if they can carry out their tasks with the one they have used so far.

They avoid debts to everything. For this reason, they only buy what they can afford at the moment , and hence the importance of prioritizing needs over expenses.